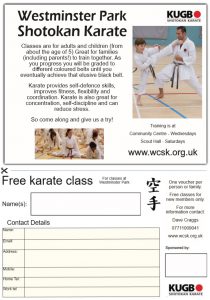 Note – using the voucher is optional, just come along for your free class. 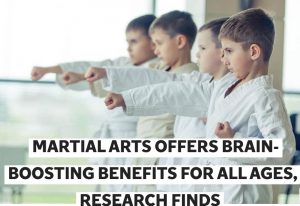 This is an extract from an article in the Independant:

We are all aware that exercise generally has many benefits, such as improving physical fitness and strength. But what do we know about the effects of specific types of exercise? Researchers have already shown that jogging can increase life expectancy, for example, while yoga makes us happy.

However, there is one activity that goes beyond enhancing physical and mental health – martial arts can boost your brain’s cognition too.

Researchers say that there are two ways to improve attention, through attention training (AT), and attention state training (AST). AT is based on practising a specific skill and getting better at that skill, but not others – using a brain training video game, for example.

​AST on the other hand is about getting into a specific state of mind that allows a stronger focus. This can be done by using exercise, meditation or yoga, among other things.

It has been suggested that martial arts is a form of AST, and supporting this, recent research has shown a link between practice and improved alertness. Backing this idea up further, another study showed that martial arts practice – specifically karate – is linked with better performance on a divided attention task.